This August, British video game creators Rare released Rare Replay for the Xbox One in celebration of their 30th anniversary.

What exactly is Rare Replay?

Rare Replay is a compilation of the company’s top 30 most loved video games spanning over three decades.

A little piece of video game history, Rare Replay features games from much-loved and long gone consoles such as the Spectrum, NES and Nintendo 64 and games that many developers have said started their love affairs with arcade games, including Jetpac (1983), Snake Rattle and Roll (1990) and Banjo-Kazooie, Nintendo 64’s pièce de résistance in 3D gaming from 1998.

Further games include the excruciatingly addictive Battletoads, the wonderfully calming Viva Piñata and the intense one player shooter game Perfect Dark, where you’re able to relive your duty for the Carrington Institute as Agent Joanna Dark.

Stirs up emotions we didn’t know we had…

For Rare Replay, Rare really wanted to evoke the emotions gamers felt when they discovered games such as Jetpac for the first time and so aesthetically made them appear just as they did on TVs back in 1983.

While Rare wanted to keep the games simple and true to what they were at the time of creation, they have added some extras such as save and load and a rewind button, ideal for some of the fiddlier arcade games such as Battletoads. 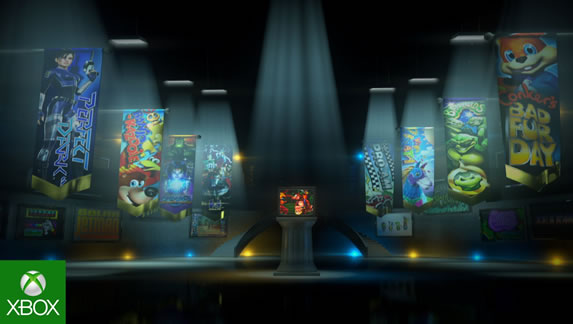 The game also has some quality extras including a musical number at the start featuring all of the most loved characters of the games, exceptional documentaries and unused music.

Trade in Rare Replay for Cash

However, this nostalgia isn’t for everyone. Perhaps you’re annoyed that Replay weren’t able to include seminal works such as Goldeneye released on the N64 or perhaps Rare Replay simply reminds you how far game technology has come and therefore you find yourself unable to get to grips with the style.

If so, We Buy Games can take it off your hands for you, freeing up some space and giving you back some of your money. We offer a simple returns service and competitive prices with many methods of payment. Trade in Rare Replay for Cash at WeBuyGames.

See how money you could make now!