If you are a gamer born before the 1990s you have, without question, had the daydream.

You know the one. It goes, roughly, something like this: “How would the SNES/Megadrive/Gameboy games I spent every waking hour of my teens bashing away on look and play if they were updated, upgraded, beefed up and modded out with all the power of an eighth generation console?”

While you’ll probably have your personal favourites, here are the five retro games from the 8- and 16-bit eras that we would most like to see remastered for the modern console. 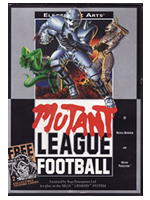 While today’s sports games pride themselves on recreating their subjects in the most painstakingly realistic detail, it was not always so. Mutant League Football took the Madden franchise, replaced the players with psychotically violent trolls, robots and aliens, filled the playbook with insane manoeuvres involving dynamite, hidden bombs and jet packs and delivered one of the most outrageously fun (and funny) sports games ever. Imagine its NFL-on-acid visuals and madcap action when powered by a console like the Xbox One! 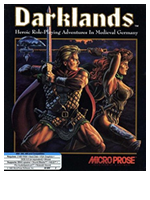 It was sometimes confusing and buggy as hell, but gamers of a certain age remember Darklands as one of the most truly immersive RPGs ever. Microprose didn’t set this innovative title in the same Middle Earth-style fantasy kingdom common to just about every other game of this type; they set it in an obsessively accurate medieval Germany. Sure, it ended up involving dragons and giant spiders and the like, but the grittier nature of the setting, plus the genuinely open-ended gameplay, made this quite a unique title. 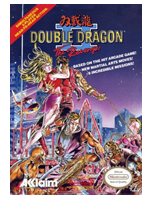 Though fighting is a staple of many of today’s games, few of them have the pure, simple, high-octane rush of Double Dragon in its early form. Sure, most of the sequels were rubbish, but the original was a blast of comically biceped brawling. Wouldn’t it be fun to take the violent adventures of the Lee brothers and stick them in a massive sandbox world? 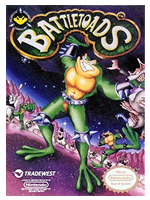 The only reason this SNES classic went into production was to cash in on the success of The Teenage Mutant Ninja Turtles, but that didn’t stop it being one of the most addictive and genuinely funny titles of its day. A side-scrolling platformer with tongue firmly in cheek, a reboot could help address the alarming humour deficit that is an unfortunate feature of the modern games era. 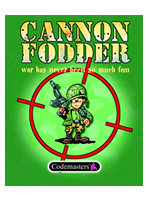 This extremely controversial anti-war strategy war game divided critics with its dark humour and hidden messages, but it was an absolute joy to play! Exciting and annoying at the same time, Cannon Fodder was a simple game that required users to navigate their troops through cleverly designed battlefields killing and destroying anything that got in their way! Today there are hundreds of real time strategy games on the market, but none will come close to Cannon Fodder’s attention to detail and ingenious map designs! We’d love to see this 90’s classic reborn in the 21st century!