WeBuyGames.co.uk > Blog > August’s Most Traded Games – Get Cash for Yours Now!

August’s Most Traded Games – Get Cash for Yours Now!

Trading in games for cash has become extremely popular on the Internet with more and more people looking for an easy way to make some extra cash! As avid gamers ourselves we provide an unrivaled trade in service and offer exceptional value for money!

Here at We Buy Games we tend to see different patterns emerging each month with more games being traded in than others. We regularly see an increase in games being traded in when a new game is set for release and with a number of major titles set to hit the shelves in September, August was unbelievably busy here at We Buy Games. Therefore we’ve highlighted August’s most traded games on the website, check them out below:

Released in 2007 Call of Duty 4: Modern Warfare was an instant success and was awarded numerous gaming accolades including Best Action Game at the Game Critics Awards and IGN’s Best Xbox 360 Action Game.

With the release of FIFA 15 just around the corner it’s no surprise to see a number of people cashing in on the older versions of the EA Sports franchise games! Going from strength to strength each year FIFA is loved by all football fans and the difference between real life and video games is narrowing each year!

At the time Gran Turismo 5 was the most comprehensive racing experience available for video gamers and its release in 2010 was eagerly anticipated all over the world! Now, with next-gen consoles and new driving/racing games available its playing days seem somewhat limited, hence why we’ve seen an increase in people swapping the game for cash! 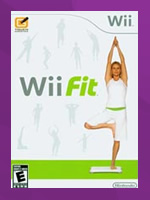 As the summer comes to an end and the desire to maintain a beach body slowly drifts away it’s no surprise to see a rise in the number of Wii Fit games being traded in! Because let’s be honest who can be bothered keeping in shape when the nights are drawing in and the cold weather won’t be too far behind?

Like Gran Turismo 5 its predecessor Gran Turismo 4 was, at its time of release, the greatest driving game on the market. Exclusive to PS2, Gran Turismo 4 received near perfect reviews from some of the industries’ leading critics including Gamespot and IGN.

After years of waiting Grand Theft Auto V was released in 2013 and it didn’t disappoint. Seamless gameplay alongside a brand new online mode created the ultimate GTA experience. With the game set for release on next-gen consoles we’ve received an increased number of copies of the game throughout August! 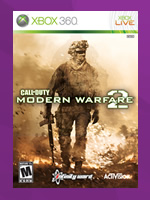 Awarded Game of the Year 2009 by GameTrailers Call of Duty: Modern Warfare 2 will live long in the memory of all COD fans! Selling over 22 million copies worldwide it is the second best-selling game of all time in both the US and the UK. 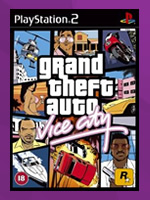 And last but not least Grant Theft Auto: Vice City! Loved by all, the classic open world action-adventure video game was released in 2002 and went on to be the best selling video game that year! With over 20 million copies sold worldwide, the game is still played by gamers worldwide!

So there you go, the hottest video games traded in August. If you have any of the above titles sat collecting dust then why not make the most of them and grab yourself some much needed, easy money to put towards a brand new game? Trade in your unwanted games here at We Buy Games, the process is seamless and hassle free, so what are you waiting for?

For more information on selling your unwanted video games then feel free to give us a call on 01706 248282.