We recently ran a poll to find out your favourite retro gaming console, below are the results… 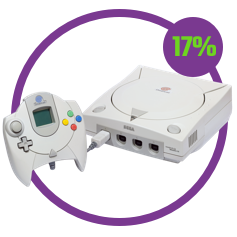 Released in 1999 the Sega Dreamcast is best known for going head to head with the PlayStation 2, and failing. But that’s not stopped it sneaking into your favourite retro gaming consoles, and with good reason.

The Sega Dreamcast was the first console to include a built in modem for online gaming as well as an individual screen in each controller (later used by Nintendo for the Wii U).

And let’s not forget some of the amazing games it was home to like Sonic Adventure and Crazy Taxi, classics! 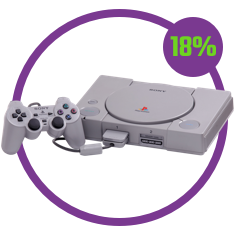 The console that, arguably, revolutionised the modern gaming world the Sony PlayStation was a HUGE success and the start of Sony’s success story!

Numerous gaming franchises including Tomb Raider, Metal Gear Solid and Gran Turismo benefitted from the console’s revolutionary 3D graphics, which were completely new to the gaming world back in the early 90s. 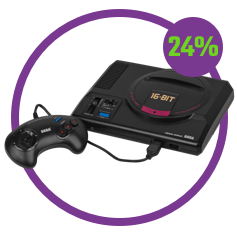 The Sega Mega Drive was the first 16bit console of its kind and it was a HUGE success! Well known for its stunning sport simulation games, it was the console that turned EA into the franchise we know today!

From Sonic The Hedgehog to Gunstar Heroes the Sega Mega Drive was home to some gaming classics, which were bursting with energy and excitement. 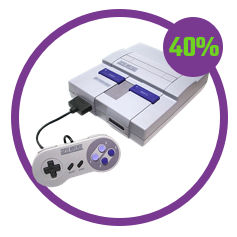 With a whopping 41% of the vote the Super Nintendo romped to victory! Released in 1990 it was the first console of its kind with incredibly complex software, which allowed developers to produce some of the most iconic games known to man.

Today the Super Nintendo is described as the best console of all time, and with 41% of the vote, it’s clear our followers agree!

Head over to our Twitter page for more polls, competitions and voucher codes.