WeBuyGames.co.uk > Blog > Our Top Five Games of All Time

Our Top Five Games of All Time

Over the years video games have grown massively in popularity so much so it’s hard to imagine a world without them. A variety of platforms allow users to transport themselves to alternate universes and cut off from the rest of the world, for some it’s an escape for others it’s merely a way of passing time.

Whether you have a real passion for video games or simply play them out of boredom, we are all guilty of spending hour after hour transfixed to a screen and our hands glued to a controller, which is why video games are a huge part of our lives! 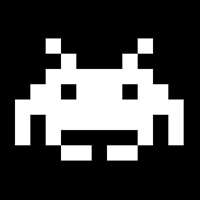 The industry has grown massively since the early days of Pong and Space Invaders. Since then thousands of games have been released, varying in genre and success. We regularly see gaming magazines and websites churning out their top games of all time so here at We Buy Games we thought we’d do the same!

And believe me this was no easy task, so if, which you probably will, disagree then go easy on us gamers, please! Here are our top five games of all time… 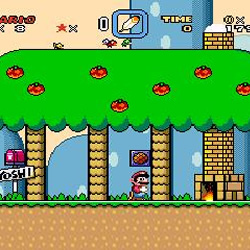 What better way to kick off our top five games of all time than a title from the Super Mario series? Arguably, the most iconic character in the gaming world it is difficult to select just one Super Mario title for our all time list. After much discussion we’ve opted for the fantastic Super Mario World because it remains the benchmark for pretty much every 2D platform game that followed. 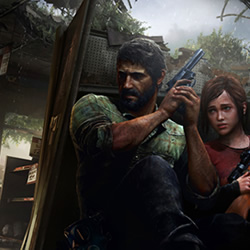 Many people will argue that The Last Of Us should not be in our top five games of all time on the basis it hasn’t been out for too long. But we completely disagree!

This game epitomises the evolution of game design during the 7th console generation. Its story mode is something else it’s gripping, it’s nerve-racking and best of all it’s real! It stands out from its competitors by doing something no game has ever done, it tells a dark story and mixes it with strong game-play, which is why The Last Of Us stands out and has made it onto our top give games of all time! 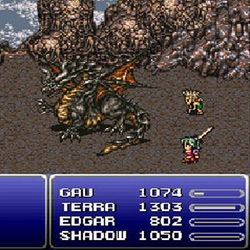 Arguably, in fact there’s no arguing or questioning Final Fantasy VI is the best Final Fantasy game ever created. A bold, but honest statement!

Final Fantasy VI had an interesting range of characters, all with unique powers, goals and gameplay styles that work together to fix a world torn apart by mystical crystals! A selection of intriguing midbosses and one of the best gaming villains of all time, Kefka kept up the usual Final Fantasy tradition.

Expectedly improved 3D Final Fantasy titles were released, improving core concepts of the series, but Final Fantasy VI will always be remembered as a classic! 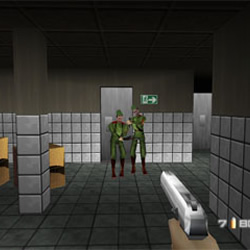 Simply put, Goldeneye OO7 is a genuine classic. This game revolutionised the FPS genre and it captivated gamers worldwide. Stealth and sniping modes allowed gamers to really get into character! Fighting their way through complexly designed levels and taking on enemies adapted from the famous movie, Goldeneye gave gamers the ultimate James Bond and FPS experience.

Arguably the most influential FPS of all time its four-player split-screen multiplayer mode set the benchmark for future shoot ‘em ups! Playing as a number of Bond villains including Jaws and Oddjob and using a variety of weapons allowed gamers and friends to play for hours on end, blowing each other up with mines or picking them off from distance with a sniper! 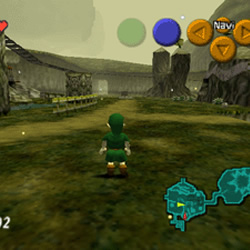 So here it is, our number one game of all time! The Legend of Zelda: Ocarina Time was and still is untouchable. It remains the benchmark for all action RPGs and to this day it is still a fantastic game!

Gripping gameplay with a detailed, compelling story that sees your character grow from a child into an adult, travelling for miles you encounter many different creatures and are tasked with fighting battles and solving a host of imaginative puzzles! And lets not forget the jaw dropping dungeons that gripped and captivated our minds!

It completely revolutionized the gaming industry; its compelling gameplay was matched by unforgettable stories, told and illustrated like no other game!

The Legend of Zelda: Ocarina of Time is more than a game, it is a memory that all game lovers will never forget!